We uploaded a video of a Turkish folksong, Uzun İnce Bir Yoldayım (I'm On A Long Narrow Road) from previous concert in Izmir, Turkey. This is the first arrangement of a Turkish song for melodica & guitar. It might be rather surprise for us that we had not played Turkish music, considering for our big interest and love on the music.

The song, Uzun İnce Bir Yoldayım, is extremely popular in Turkey, has been continuously covered by many young musicians. The composer is Aşık Veysel Şatıroğlu, or just called as Aşık Veysel. Aşık, meaning 'one who is in love', is a minstrel or bard who traditionally travels with saz in Turkey, Azerbaijan, Georgia, Armenia, and Iran. Veysel was born in a small village of the Şarkışla district, in central anatolia, in 1894. He was a blind musician lived in a time of a political and social upheaval—the fall of ottoman empire, founding of the Republic of Turkey, and a rapid modernisation in 20th century. (I overlap him a little with Miyagi Michio, a Japanese innovative koto player/composer. He was also blind, and coincidentally was born in the same year.)

The lyrics are full of metaphors and symbols, so it is difficult to translate into English (or Japanese). In the song, Veysel sings about his life, likening a narrow and long road which he enters "a door" and walks towards "another door"—the end, day and night.

Here are some photos taken when Ryusuke visited Veysel's village and home in 2010, looking for Veysel's trace. 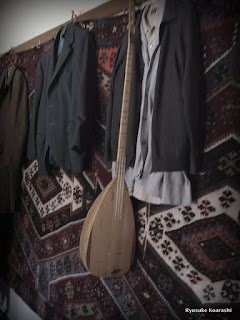 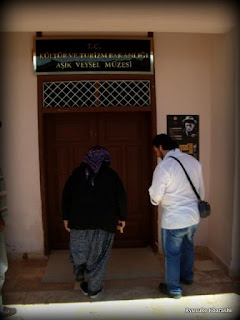 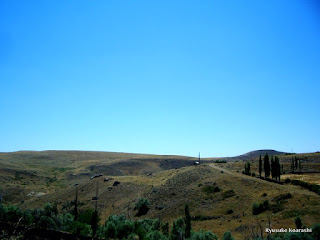 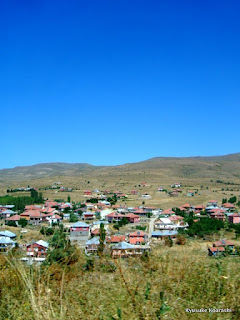 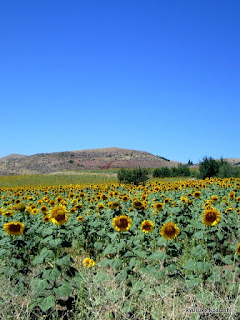 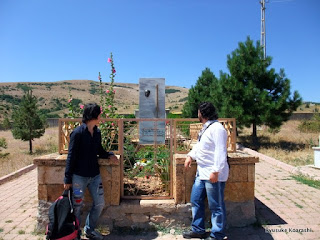