Pocket penguin is now back in London from Izmir, Turkey, after finishing the concert and a performance in a private party. The modern and large city, Izmir had a fantastic weather during our stay. Far from raining, we saw absolute no cloud in such a profound blue sky. The temperature was twice or even three times more than London, so that was incapably hot for us! 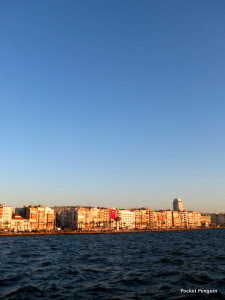 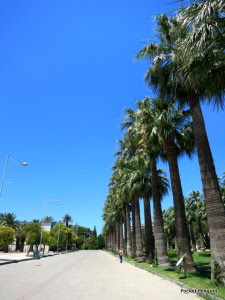 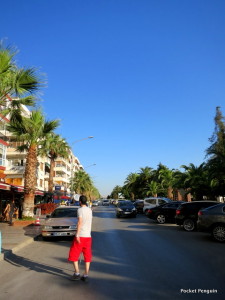 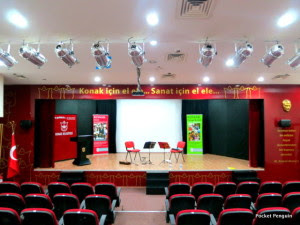 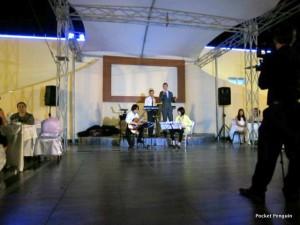 And this is how the venue of the concert and the party look alike. The party was held outside of a restaurant in front of the Aegean sea—the sunset was very beautiful (çok güzel!).

The following was the programme for the concert.


This time, notably, we tried to arrange some Turkish pieces as our new repertoire. Kara Toprak and Uzun ince Bir Yoldayım are very well known folk song among Turkish people—also our favourites, composed by a blind minstrel, A şık Veysel Şatıroğlu. We played Uzun ince Bir Yordayım in the party, too, and happily had generous comments from the guests.


We both have special interests in Turkey, Turkish culture, music, food, language etc. Ryusuke has been to Turkey every year since 2008, and also this was the third time for Ayumi. So having a performance in Turkey was a dream for us, and became true. 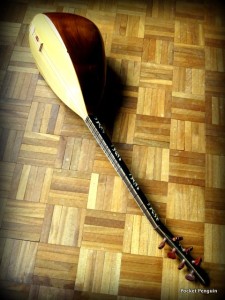 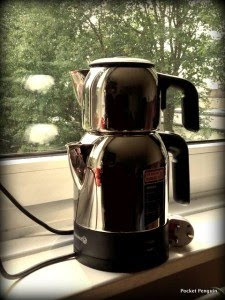 (Ryusuke bought an electric kettle for making Turkish tea and a new bağlama which is actually the third one for him.) 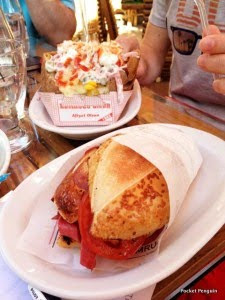 (Tasty Foods. The front one is "Kumru", a sandwich with ham, cheese and tomato. The back is jacket potato called "Kumpir".) 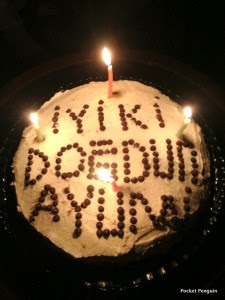 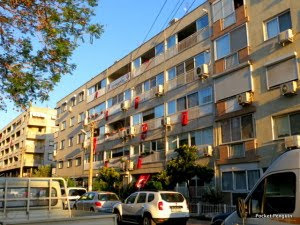 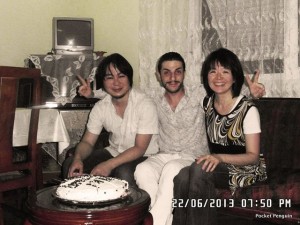 (Ayumi had her birthday during the stay, celebrated with our friend's family and their neighbourhood. The cake is a homemade by mother of our friend.) 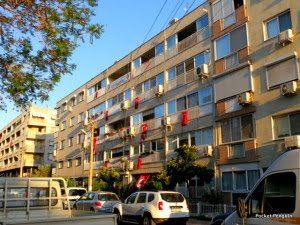 (Izmir is not exception of protesting which has been expanded from Taksim square into all around Turkey. We witnessed that many residents in Izmir express their support for the protesters by putting flags of Kemal Atatürk orbanging pots or pans at night.) 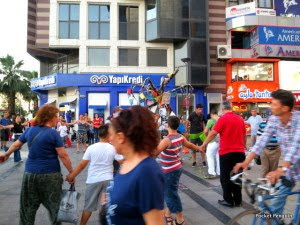 (The high street at Karşıyaka. Photos of the victims of the protest and messages are sticked on the tree-like object surrounded by people.)
at June 27, 2013